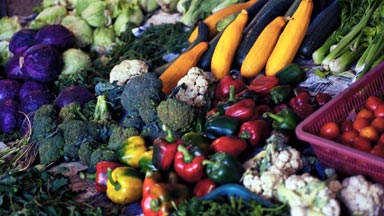 Water testing plays an important, but overlooked role in terms of importance in produce safety.

It is not only essential in the growth of crops, but also in the processing. Water is used in the cooling of produce, removal of debris, decontamination, washing of equipment, and personal hygiene.

The microbial quality of this water is important in ensuring that contamination of the produce does not occur during these events. This is especially true of this commodity because the produce is often eaten with no or little processing.

The Romans recognized the importance of high- quality source water and its separation from human wastes about 2,000 years ago. The development of the germ theory of disease a little more than 100 years ago provided the basis for modern water quality treatment and personal hygiene. These two practices together have played the biggest role in disease reduction in human history, more so even than the development of antibiotics and vaccinations. The pathogens most commonly transmitted by produce are enteric pathogens transmitted by the fecal - oral route and are excreted in large numbers in both the feces of man and animals.

The routine examination of water for the presence of enteric pathogens is often a tedious, difficult, costly, and time - consuming task. Thus, indicator organisms have been used to assess the presence of fecal contamination and the effectiveness of sewage treatment processes. Developed at the turn of the last century for assessing fecal contamination, the indicator concept depends on the fact that certain nonpathogenic bacteria occur in the feces of all warm - blooded animals. These bacteria can easily be confined and quantified by simple methods.

Detection of these bacteria in water means that fecal contamination has occurred and suggests that enteric pathogens may also be present. An instance is coliform bacteria, which normally occur in the intestines of all warm - blooded animals, are excreted in great numbers in feces. In contaminated water, coliform bacteria are found in densities roughly proportional to the degree of fecal pollution. Because coliform bacteria are generally hardier than disease - causing bacteria, their absence from water is an indication that the water is bacteriological safe for human consumption.

Indicators have traditionally been used to suggest the presence of enteric pathogens; however, today we recognize that there is rarely a direct correlation between bacterial indicators and human pathogens. As such, the use of indicators is better defined by their intended purpose. Thus, process indicators are used to assess the efficacy of a treatment process (e.g., drinking water treatment), while fecal indicators indicate the presence of fecal contamination. An index (or model) organism represents the presence and behavior of a pathogen in a given environment. These indicators have been used to judge the safety of drinking water, as well as indicating the success of treatment processes. Moreover, how useful these indicators are for assessment of irrigation is currently not known.

The amount of information on the microbiological quality of water used in the production of produce is limited, especially for enteric pathogens. Such information is needed to assess the role better, and risks contaminated water plays in disease transmission by fresh produce. The role of irrigation waters in produce contamination is clear when feces - contaminated waters are used.

However, application of quantitative microbial risk assessment is needed to understand the impact on low – level transmission better. The levels of enteric pathogens acceptable for irrigation and process water need to be defined. Irrigation waters require standard needs that are meaningful to be developed and reduce the risk of produce contamination taking into consideration the means of irrigation and the type of produce. Irrigation systems are very complex, and sources and ecology of fecal contamination from non-sewage sources need to be better studied.

Located in Coopersville, MI, Alliance Analytical Laboratories is a water testing lab with national and international capabilities. Contact us today to request a quote or call us directly at (616) 837-7670.