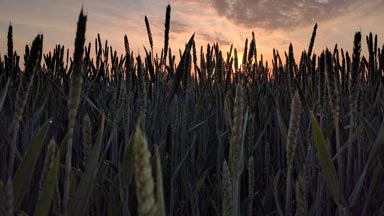 All foods grown go through showers of pesticide to avoid internal contamination by pests and any bacteria. Pesticides are supposed to kill off weeds, insects, and fungus without harming the crop.

However, if the pesticide residue stays on the crop too long, it will be harmful to the crop in turn. Pesticides also may harm the environment inadvertently as well as our own health if we consume it by accident. In a pesticide testing lab, they use ways to detect and analyze pesticides that could be hanging around.

The United States Department of Agriculture (USDA) has a Pesticide Data Program that monitors and has on file a list of pesticide residue that has undergone testing and analysis. It involves the sampling, testing, and reporting of pesticide residues on agricultural products, notably food.

There are regulations with pesticides under the Federal Insecticide, Fungicide and Rodenticide Act, which allows, “the Environmental Protection Agency (EPA) to regulate the sale and use of pesticides to preserve our environment and protect our health.” Their pesticide residue testing includes its toxicity and the ecological impact it can have, for better or for worse. This involves products from domestic and international farms.

The action that is done to collect pesticide sample for testing is the most important in the process, as it represents the crop in question. It cannot be locally based sampling because of bias issues and different results, compromising the integrity of the process. It needs to go the lab immediately for testing because, if it’s not frozen and preserved, the residue will go. Pesticide residue labs have special screenings that target a specific compound, also called homogeneity.

The residue is then cyro-frozen with liquid nitrogen or dry ice to prevent extra heating. There are multiple ways of extraction in the sample, such as those who want to isolate the main component. It is painstaking to analyze the pesticide residue and everything must be done with extreme caution; with consideration must the lab care for the residue to come up with accurate results.

This is a matter of public safety. It looks minimally harmful, but it can very harmful in the long-term. The testing for pesticide residue is important yet exhausting, very time consuming yet necessary. If we are to succeed in the agricultural sector, we must know that the industry is doing it right with safe chemicals and procedures. It is why we have regulation to understand what we are using in our products. Pesticide residue screenings are a fair precaution to an outbreak of something that could lead to negative effects that are unneeded and can cause long-term damage.

Located in Coopersville, MI, Alliance Analytical Laboratories is a pesticide residue testing lab in Michigan with national and international capabilities. Contact us today to request a quote or call us directly at (616) 837-7670.